Life Aboard the Langseth

Life Aboard the Langseth

Hello from offshore Mexico! As of the time of writing this post, we finished the last deployment of ocean-bottom seismometers (OBSs) almost a week ago. Everyone in the science party is extremely excited about the data we’ve collected so far. Keeping with tradition, we commemorated one of the floats that attach to the OBS, which are supplied by the Scripps Institute of Oceanography. 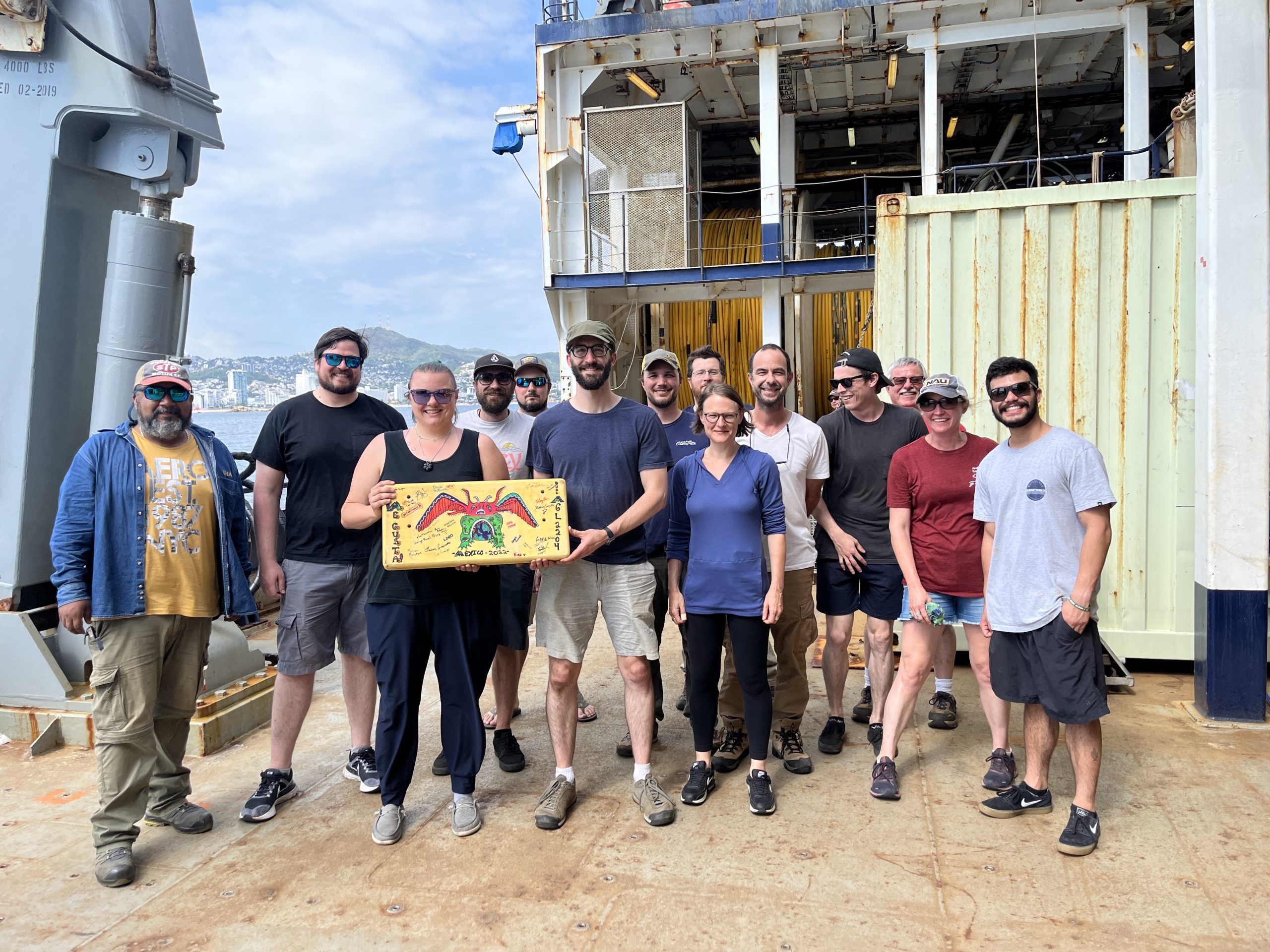 Next, we dropped anchor in Acapulco for a quick re-stock of provisions (lots of groceries) and said farewell to the OBS technicians Kevin, Dan, and Justin, as well as a member of the science party: PhD candidate Tanner Acquisto. While we will miss their company, we did gain an addition to the science party in Langseth veteran and former Columbia University professor Donna Shillington. 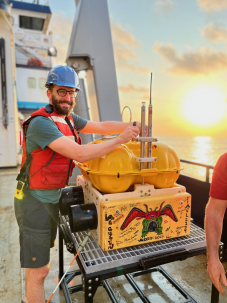 OBS technician Kevin Nikolaus poses for a photo with an awesome sunset after recovering an ocean-bottom seismometer. Photo: Brandon Shuck

Currently, we are underway on the second leg of this research cruise collecting multichannel seismic reflection data across the Middle America Trench. There was lots of excitement among the science party as we reeled out a 15-kilometer-long cable towed behind the ship. This “streamer” is filled with hydrophones spaced 12.5 meters apart that are recording small sound waves generated by an array of air guns which are also towed behind the ship. Apart from some minor equipment issues that are now fixed and some local wildlife greeting the ship, the seismic survey has been a success so far. Now that the initial excitement of collecting data has subsided, the past couple days have been relatively uneventful. To repeat the common mantra around here: “Boring seismic is good seismic.”

As my first time offshore for an extended amount of time, it’s been amusing to experience life aboard a research vessel. Life is much smaller here. It’s been refreshing to take a break from constant news updates and social media posts. Conversations with colleagues and crew members have become increasingly entertaining. Off-duty hours are filled with reading novels (this is already the most well-read summer I’ve had since high-school) and the Langseth’s library has an awesome selection! The ship can get noisy while the air guns are deployed, so I’ve found that the bow and stern of the ship are the best spots to read, since they tend to be the quietest. The bow and stern of the ship also make for the best spots to watch sunsets and sunrises, which have been spectacular. 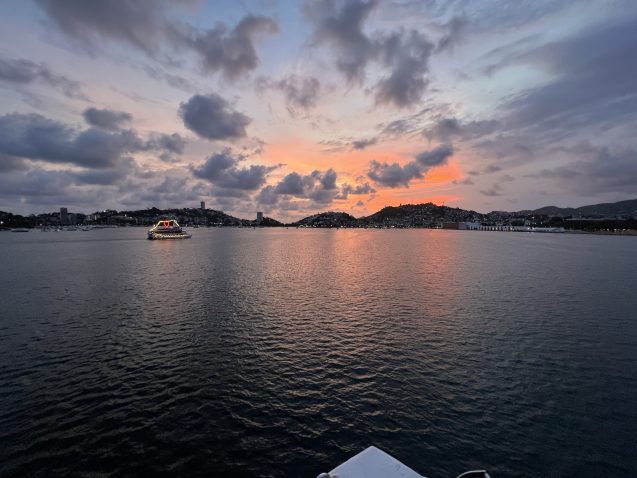 Cabin fever is very much a real phenomenon at sea, and I admit to experiencing this at times. The gym aboard the Langseth is in surprisingly good shape, and it’s been a great way to get some energy out. There is even a stationary bike in the gym, which I’ve been riding to get into the spirit of the Tour de France later next month.

Currently the seas are getting substantially rougher as we are sailing near a storm that has now been officially named Hurricane Blas. Time to batten down the hatches!